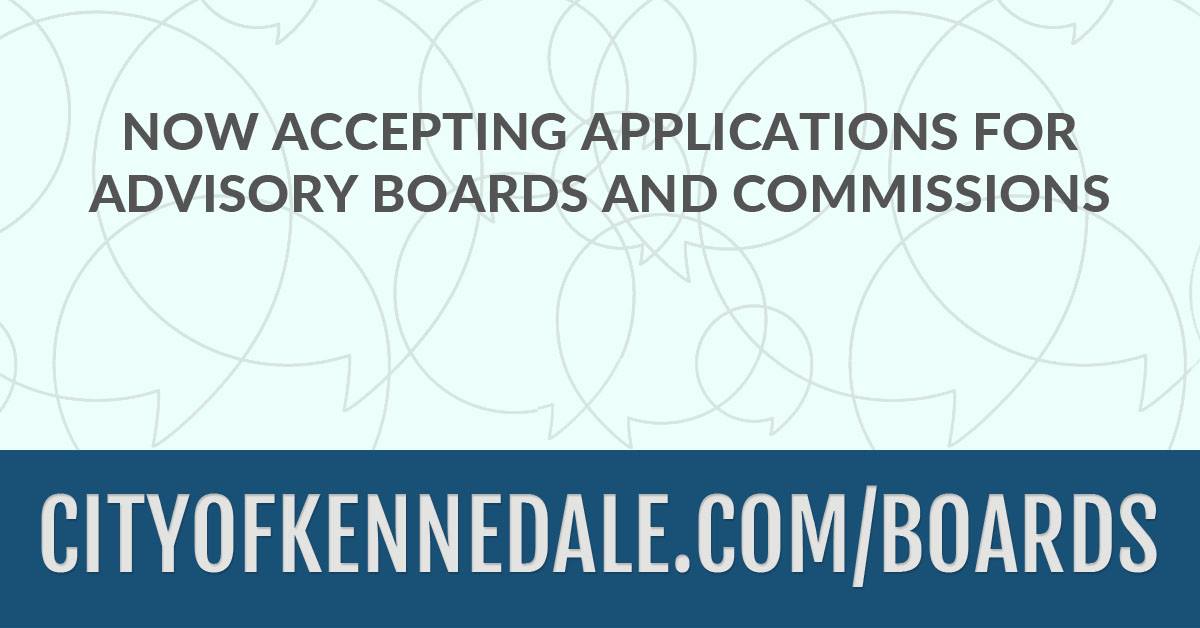 Want to help shape the future of Kennedale? The City Council is currently accepting applications for all Advisory Boards and Commissions. To be considered, apply now at cityofkennedale.com/boardapp.

Advisory boards and commissions thrive on the knowledge and dedication of those willing to volunteer their time and talents to take an active role in shaping the future of Kennedale. Boards supply recommendations and guidance to the City Council and are an invaluable resource to staff.

Apply to Serve on an Advisory Board or Commission

The regular meeting times of each board are listed on their pages, and all meetings are open to the public. Always check the calendar for the latest information, as sometimes it's necessary to change the regular meeting dates.

City Council conducts board interviews annually, and appointments are typically made at the Regular Council meeting in September. Please apply now, and staff will contact qualified applicants for interviews at the appropriate time.

Members serve two-year terms, and there are no term limits. Even-numbered board places are appointed during even years; and odd-numbered places in odd years. Once appointed, all board members must complete the Attorney General training regarding the Open Meetings Act and the Public Information Act.

Applicants will be expected to have a basic understanding of the following documents:

The City maintains six advisory boards, five of which are advisory to Council, and provide feedback, updates, and recommendations on projects, actions, and other relevant topics.

One board is advisory to staff:

The city currently maintains two* quasi-judicial boards, which are tasked with enforcing public policy and making legally-binding decisions based on the authority given to the board by state law. These boards also provide feedback and updates Council:

*While these are, indeed, two separate boards, for the purposes of the City of Kennedale, all Board of Adjustment (BOA) members shall automatically serve as members of the Building Board of Appeals (BBA).

The City maintains three separate entity boards, which serve as advisory to City Council, but are separate legal entities from the City of Kennedale. These boards each oversee an independent affiliate organization:

At any time, Council or authorized boards may initiate an ad-hoc committee to provide a linkage between leadership and residents to address a specific need for a limited duration. The initiation of these committees is left to the discretion of Council or the authorized board. Previous examples include: